The History of Armenia

Armenia is located in Eurasia’s South Caucasus region. Considered a sovereign state, it is bordered by Georgia to the north and Turkey to the west. Modern day Armenia is just a fraction of the size of ancient Armenia.

A democratic nation with multiple parties, Armenia has a long and rich cultural heritage. 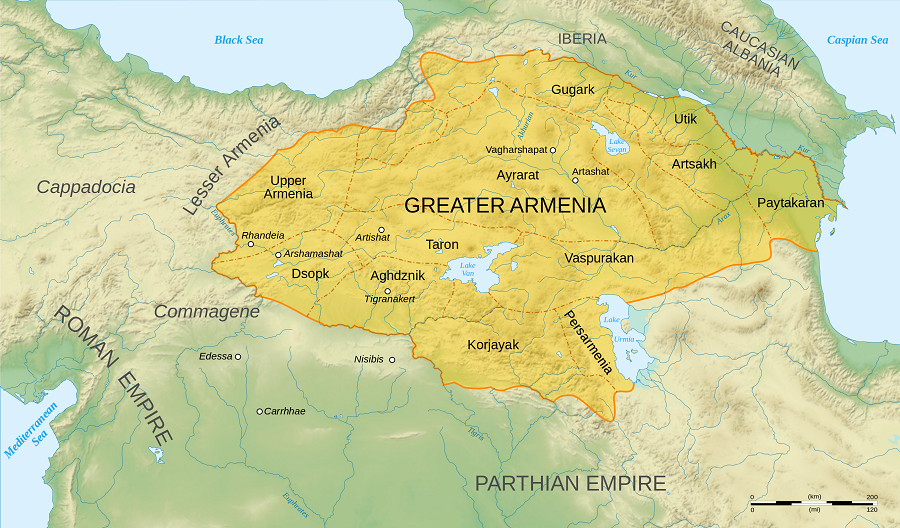 The History of Armenia

Situated in the highlands near the mountains of Ararat, archaeologists found evidence of civilization in Armenia that dates back to 4000 BC. Archaeological surveys between 2010 and 2011 in the Areni-1 cave complex helped archaeologists find the world’s oldest leather shoe, wine production facility and skirt.

The ancient city of Urartu was first established in 860 BC, and was replaced by the Satrapy of Armenia in the sixth century BC. By the first century, the Kingdom of Armenia had reached its greatest height under Tigranes the Great.

In the following centuries, the country fell under the influence of the Persia Empire and Tiridates I.

The country was the first to declare Christianity its official religion, adopting the religion in 301 AD. Prior to this, Armenia had adopted beliefs that led to the rise of Zoroastrianism.

The Armenian kingdom fell in 428, and was incorporated into the Sassanid Empire. After a rebellion in 451, Armenia gained autonomy, and Christian Armenians were free to practice their religion.

In the following centuries, Armenia would see periods of prosperity and decline. 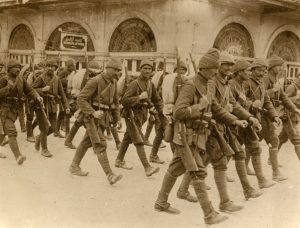 But in World War I, the country would experience its most devastating event: the Armenian Genocide.

WWI led to confrontation between the Russian Empire and the Ottoman Empire. Istanbul’s government looked on Armenians with suspicion and distrust because the Imperial Russian Army contained Armenian volunteers.

The Techir Law and the arrest of Armenian intellectuals by the Ottoman authorities led to the Armenian Genocide.

The genocide was carried out in two stages. First, able-bodied men were massacred or killed through forced labor. The elderly, women and children were deported and marched to their death in the Syrian desert.

Deportees were pushed forward by military escorts, and deprived of life’s two necessities: food and water. They were also subjected to rape, robbery and massacre.

An estimated 1-1.5 million Armenians were killed in the genocide.

Although no battles took place in Armenia during World War II, approximately 500,000 Armenians fought in the war and 175,000 died.

In 1991, Armenia declared independence and elected its first president in October of that year.

Heading into the future, Armenia faces many challenges and has made the transition to a market economy. It ranks as the 41st “economically free” country in the world. Beneficial relations with the Middle East, Europe and the Commonwealth of Independent States has helped Armenia flourish and increase trade.

Despite the tragic events that took place in WWI (which Turkey still denies to this day), Armenia remains resilient and will continue to thrive.

Theme by Anders Noren — Up ↑